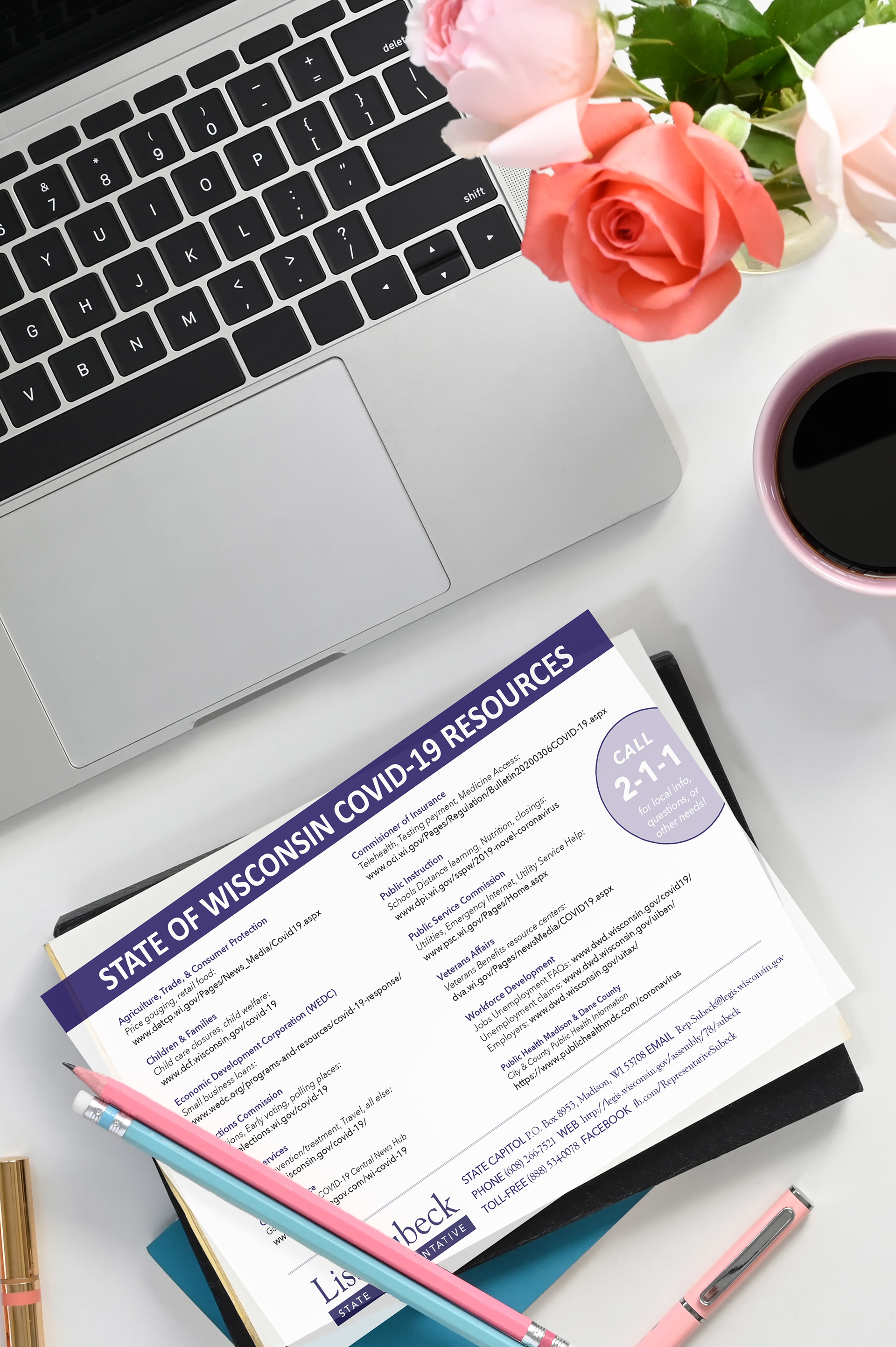 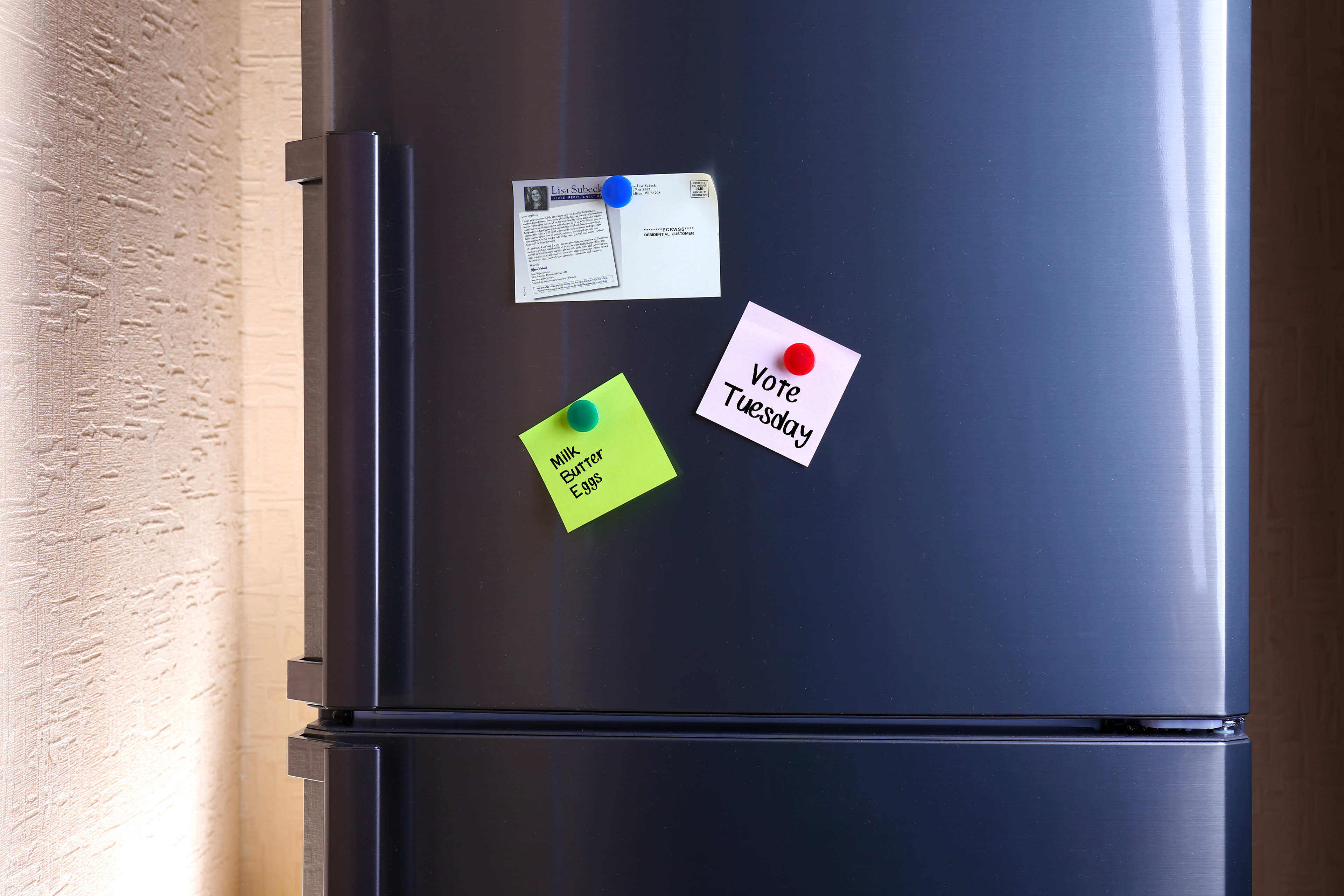 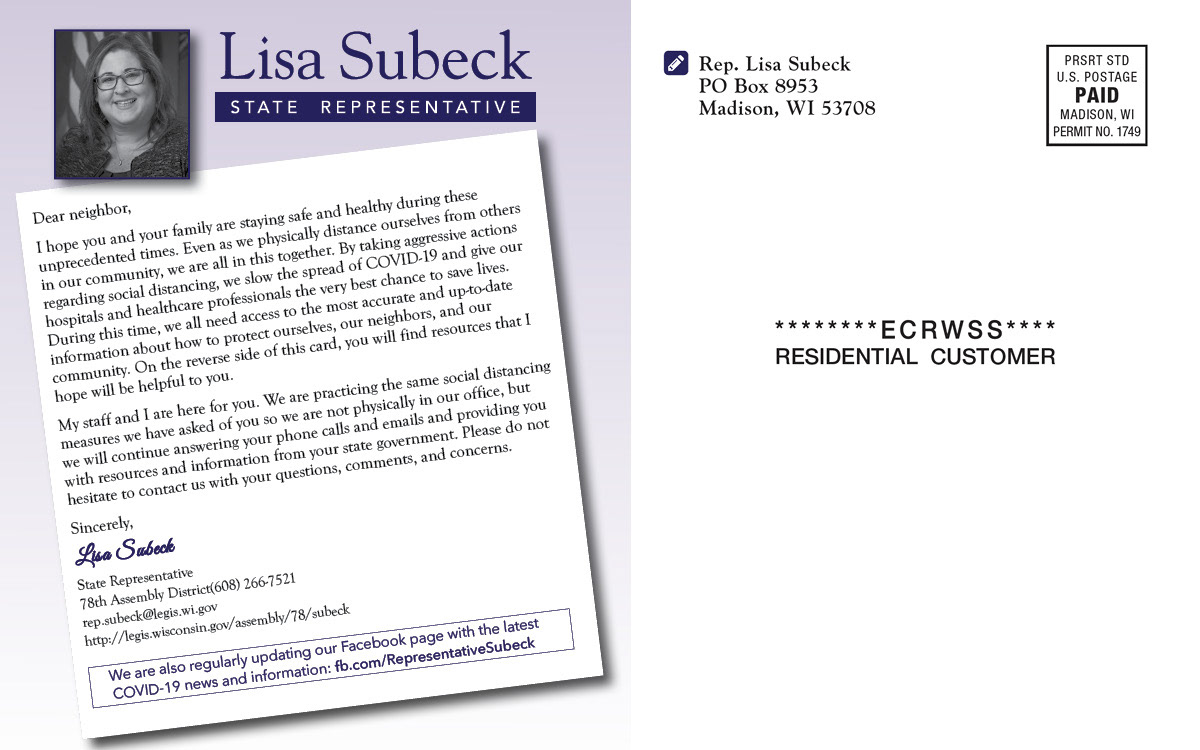 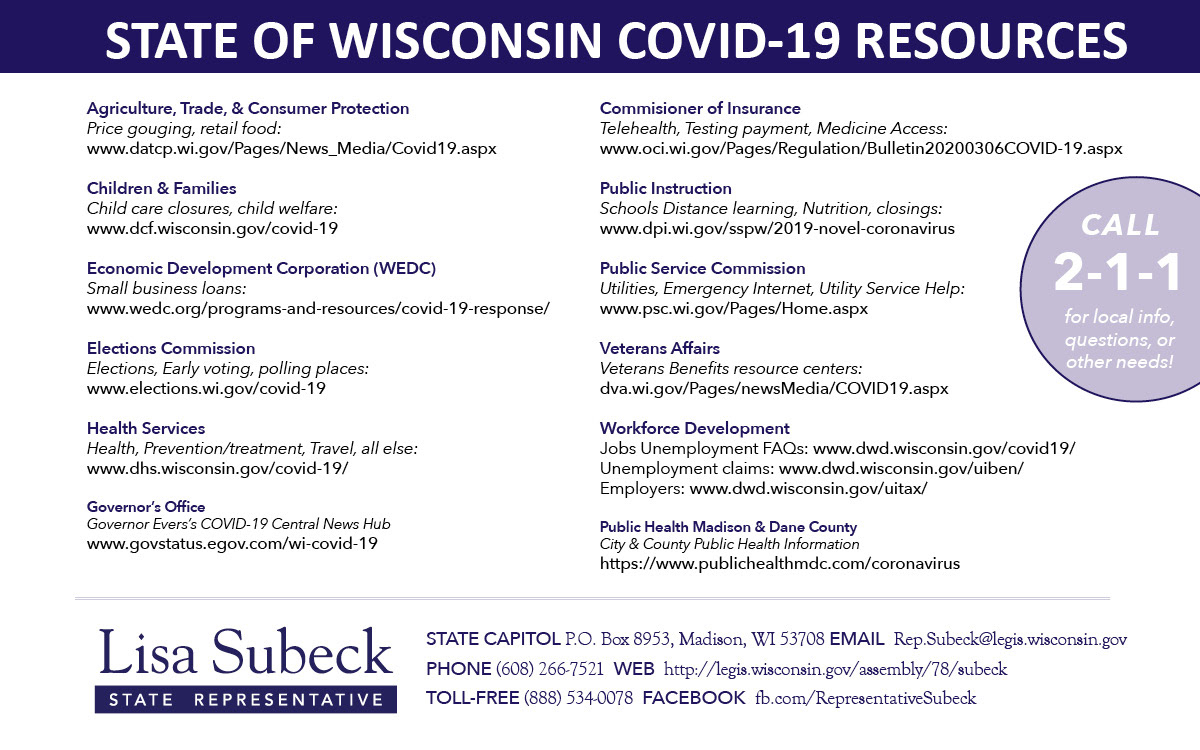 This may not be the fanciest sample of my graphic design, but it is the example that has been the biggest deal.

I work for State Representative Lisa Subeck, and the spring of election years is typically known as "newsletter season." At the very moment the newsletter we had been compiling for months was about to go to the post office, the Safer at Home order hit.  We put pause on the initial newsletter, and decided to do a postcard that was more timely than legislative accomplishments would have sounded at the moment in time.

With it being newsletter season, the graphic artist for the Wisconsin State Assembly was under tight deadlines to get other newsletters to print. I stepped up and designed this two-color postcard with current branding conventions in a little over a day.  With a little teamwork between me and him, we were able to get to the printer in enough time to get it printed and processed.

This piece was mailed to all residential carrier routes in the 78th Assembly District which is located on Madison's far west side.  This amounted to just over 32,000 pieces being distributed.  On top of this, it was featured on Rep. Subeck's eUpdate and I created an interactive PDF of it as well.

I wanted to add this piece to my portfolio because it taught me things that can only be learned with experience such as budgeting (with taxpayer money no less!), the constraints of state contracts, working the printer with proofs, carrier routes, post office specifications, mail house needs, and very real legal deadlines.
Self-Initiated #2
↑Back to Top